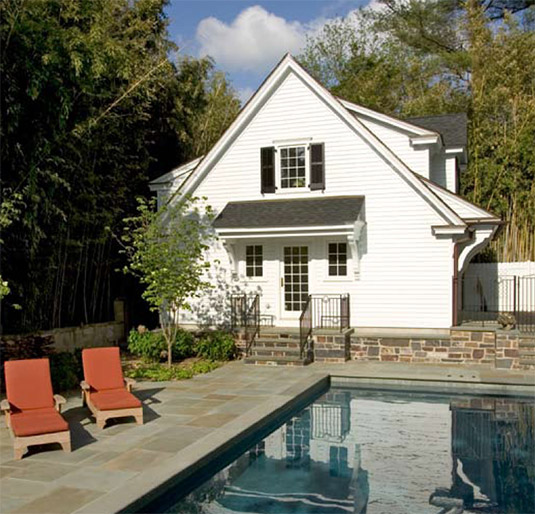 Most of the Princeton area's charms are clear to see in parks or campuses, along the Delaware and Raritan Canal, or in the semblance of a country lane winding through some dusky bower near Lake Carnegie. Take a closer look down a certain driveway on one of the tree streets or half-hidden behind a mansion in the Western Borough and you may glimpse a secluded retreat, some like the offspring of the big house in front, others like secret sidelights fronted by the main attraction. This photographic tour provides a sample of the region's subtle wonders.